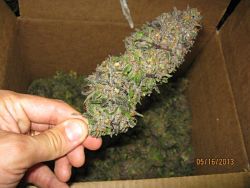 PORT CHARLOTTE — A routine stakeout Sunday took an unexpected turn when deputies got a whiff of some potent purple haze marijuana thriving inside an elaborate grow house on the 21300 block of Hepner Avenue, according to a Charlotte County Sheriff’s report.

Three were arrested in a drug bust Thursday, which yielded 122 marijuana plants with a total weight of 178.5 pounds of pot, according to the report.

Clyde Wiley ‘Bucky’ Dennis, 43, of the 5000 block of Melbourne Street, Port Charlotte; Omar Eduardo Sanchez, 55, of the 21300 block of Hepner Avenue (where the bust occurred), Port Charlotte; and Ryan Adam Smith, 28, of Peekskill, N.Y., were charged with trafficking in more than 25 pounds of marijuana, cultivation of marijuana and possession of drug paraphernalia. 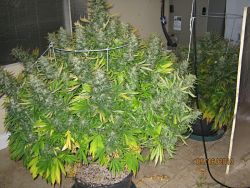 The CCSO deputies who originally discovered the grow house were looking for someone on an outstanding warrant when they smelled the marijuana coming from the home, according to the report. They notified the CCSO Narcotics Unit, which took over the investigation.

On Thursday, a SWAT team raided the residence. Two men, later identified as Sanchez and Smith, dressed in full-body chemical suits, ran out a side door and were attempting to dispose of their suits behind a shed in the back when they were taken into custody, the report shows.

The CCSO narcotics unit found a large-scale operation inside the home, with every room being used to grow marijuana, the report states. Each room had high-tech equipment like high-output grow lamps that were suspended from the ceiling, modified ventilation systems with additional air-conditioning units, and commercial hydroponic fertilizers. The electricity had been diverted from the meter and was running out of the ceiling, according to the report. 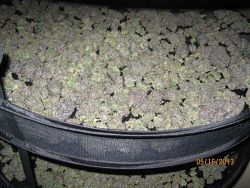 The report details how deputies observed Dennis coming to and from the home on several occasions, including on previous dates. While the narcotics unit was searching the home Thursday, Dennis again drove up to the residence in his pickup, the report states. Based on his activity there and his alleged involvement in the operation — including statements he made to a deputy, his possession of keys to the home — he also was arrested.

All three men were taken to the Charlotte County Jail. Dennis and Smith were released Friday after posting $28,500 bond each. Sanchez still was being held at the jail, also on $28,500 bond.